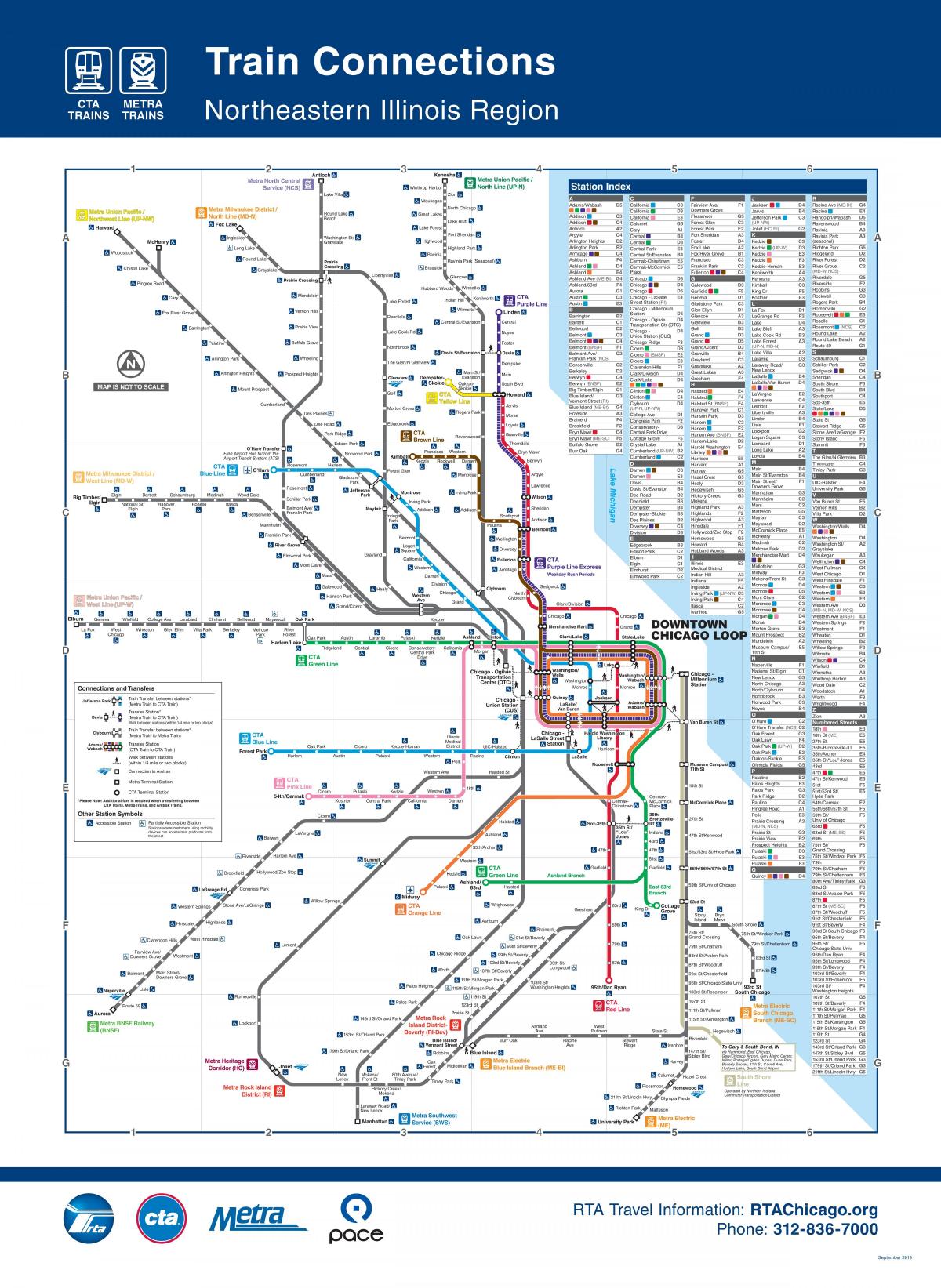 The CTA operates Chicago eight ‘L’ rail lines and 129 bus routes as its shown in Chicago rail map. Not all of the system rail lines are elevated (which is where the term ‘L’ comes from). Chicago rail, however, connect the city via above-ground, street-level, and subway trains, and serve 145 rail stations all over town.

Two rail lines operate 24/7: the Blue Line, which connects Chicago O’Hare International Airport and downtown, and the rail Red Line, with service between the North and South Sides via downtown as its mentioned in Chicago rail map. Several rail lines offer Night Owl service, running until 2 a.m. or later.

Elevated tracks appeared to be the right choice, as subways were too expensive to consider. And so the first 'L' rail was built in 1892, and its inaugural journey took place on June 6, spanning 3.6 miles in 14 minutes (see Chicago rail map). At that point, the Chicago ‘L’ was just an ordinary steam powered rail on raised tracks.