You can find on this page the Chicago topographic map to print and to download in PDF. The Chicago elevation map present the topography, river and relief of Chicago in USA.
Chicago on topographic map is located in northeastern Illinois. Chicago is the principal city in Chicago Metropolitan Area situated in the Midwestern US. 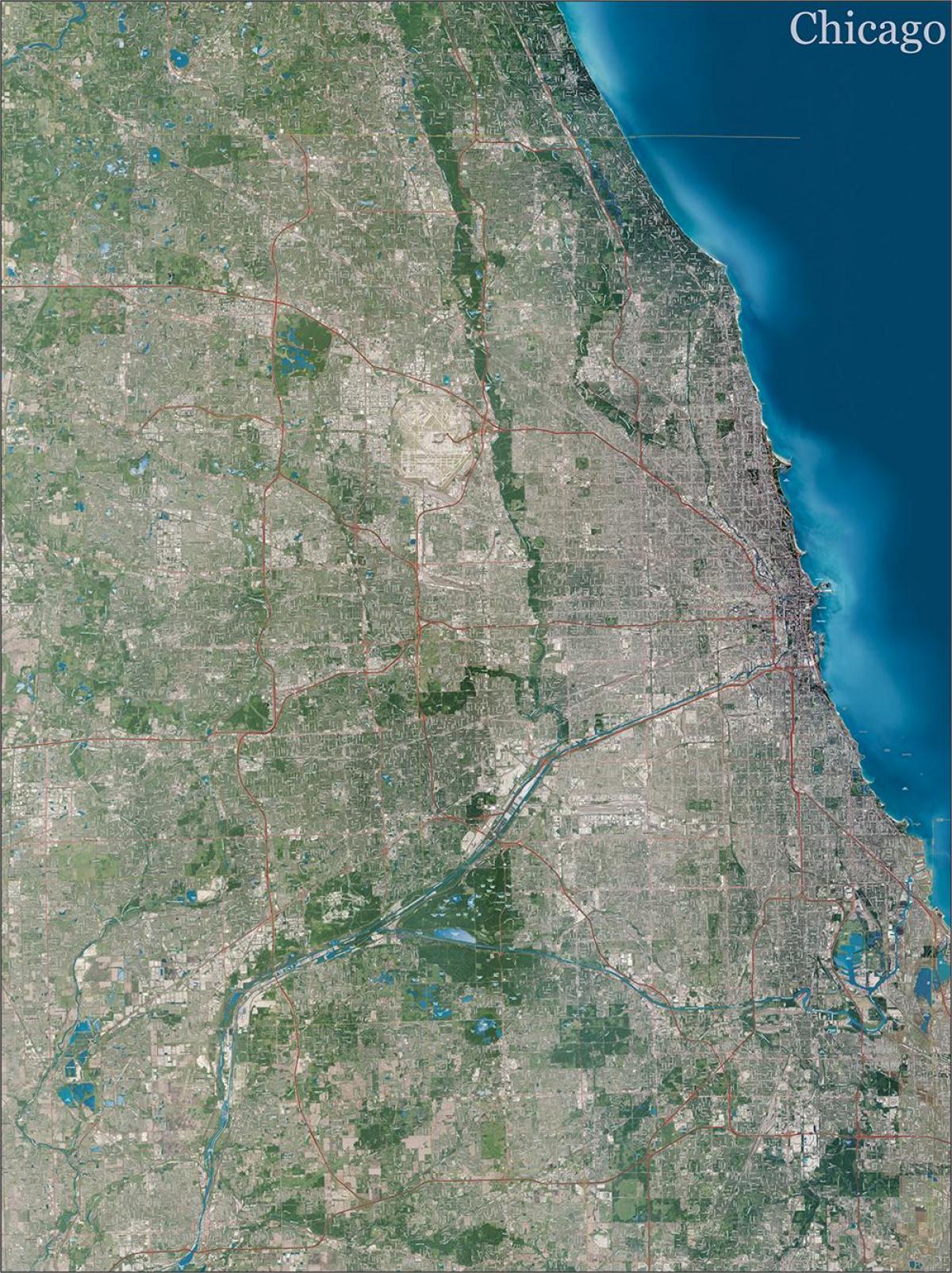 The average land elevation of Chicago is 579 ft (176 m) above sea level as its shown in Chicago elevation map. The lowest elevation points are along the lake shore at 577 ft (176 m), while the highest elevation point, at 735 ft (224 m), is a landfill located in the Hegewisch community area on Chicago.

Chicago lies mainly on the bottom of Lake Chicago averaging elevation between 579 and 600 feet (176 and 183 metres) above sea level as you can see in Chicago elevation map. Chicago river system to the east thus involves “stepping up” in elevation even though the drainage divide itself is barely noticeable.

This entire complex of Chicago features Lake Michigan, the beach ridges, and moraines—lies at a higher elevation than the Upper Illinois River valley (see Chicago elevation map). The city of Morris, where the Des Plaines and Kankakee Rivers join to form the Illinois, lies about 75 elevation feet below the level of Lake Michigan.