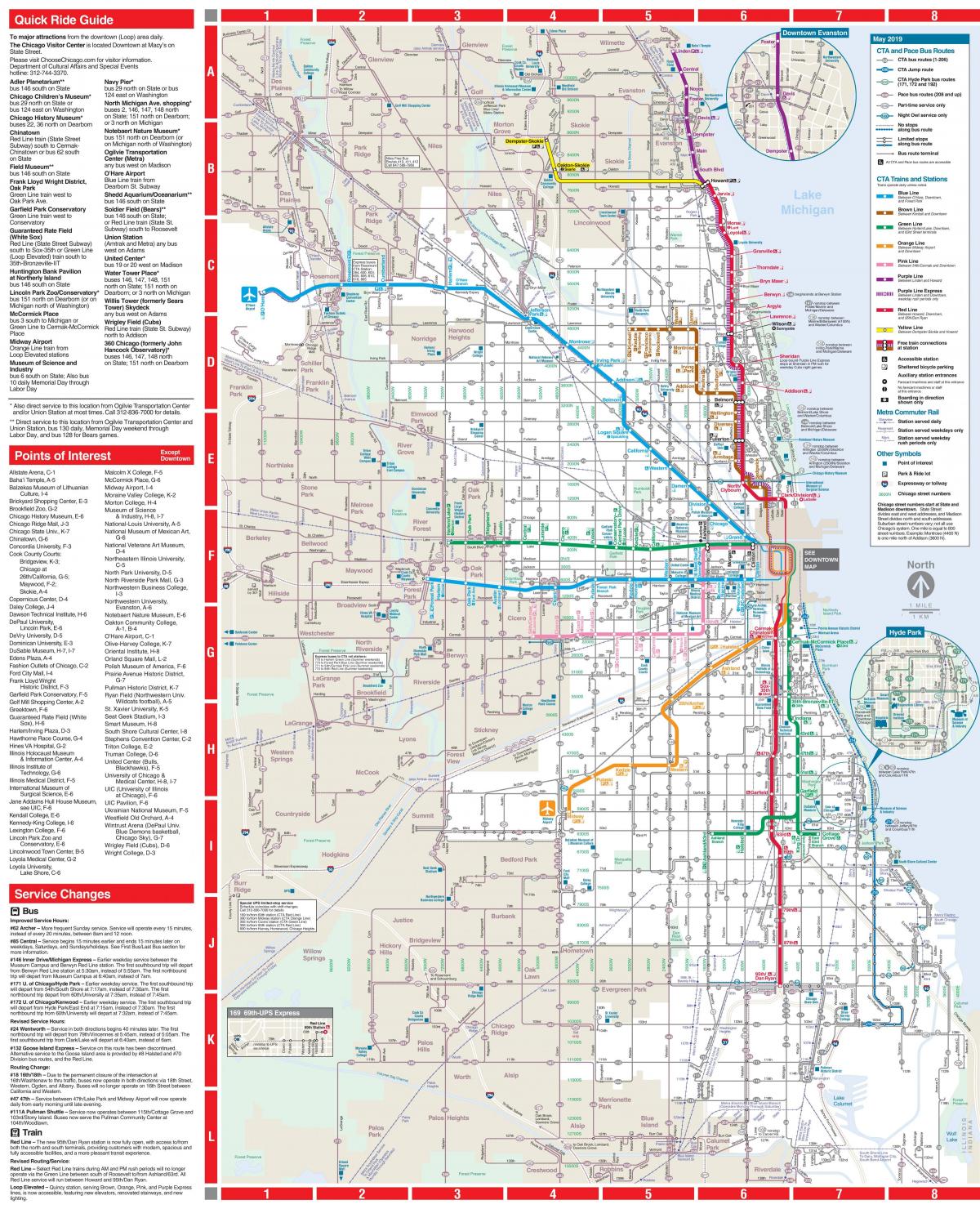 CTA buses follow the main arteries and most of them run from early morning until late at night. They serve on Chicago bus map the entire city, even the most outlying districts. The standard rate through Chicago bus is $2.25. You will have to top it up. You can also use a Ventra Card. PACE operates suburban buses that connect to the city's transportation network.

Convenient CTA bus routes travel throughout Chicago, with stops every few blocks as its shown in Chicago bus map. Several Bus lines offer Night Owl service, running until 2 a.m. or later. It has approximately 1,800 buses that operate over 140 routes traveling along 2,230 route miles in Chicago (3,658 km).

Buses in Chicago provide about one million passenger trips a day and serve more than 12,000 posted bus stops as its mentioned in Chicago bus map. Only Chicago buses allow riders to pay with cash. The fare of Chicago buses is $2.25 (as of January 1, 2009), and cash transfers are not available in Chicago.